Here are your Oscar winners. Unless I’m wrong.

Just when this year’s biggest Oscar race appeared to be all but over, along comes a hard-charging feel-good picture that seemingly has grabbed all the momentum — and has thrown a sizable wrench into the best picture race.

“CODA,” the crowd-pleasing film about the child of deaf parents (CODA is an acronym for child of deaf adults) almost certainly will generate an Oscar win for Troy Kotsur in the supporting actor category. But in the wake of the film’s victory at Saturday’s Producers Guild of America awards, the film has emerged as the only main competition to “The Power of the Dog” for best picture.

Jane Campion’s “The Power of the Dog” has been the Oscar front-runner from the start. But, as “La La Land” and “Boyhood” demonstrated, this is a hard race to lead wire-to-wire. And “CODA,” despite its numerous virtues, is a less-challenging work than “Power of the Dog,” Campion’s meditation on toxic masculinity set in early 20th-century Montana.

Nevertheless, I think the edge for best picture has shifted to “CODA,” and here’s why: I think the movie is more likely to benefit from the ranked-choice voting system the Academy uses, in which each voter ranks the 10 contenders. It’s a system (we use it for some races in Benton County) that tends to reward consensus candidates, and my suspicion is that “CODA,” in general, ranks higher on more voters’ ballots than does “Power of the Dog.” It wouldn’t be a shock to see “Power of the Dog” prevail, but it feels like all the momentum is with “CODA.”

Here are my choices for the 23 competitive Oscars that will be awarded during Sunday’s ceremony. If you think you can match or beat me, you should enter my annual Oscar contest. After the ceremony, I’ll take all of the entries that either tied or beat my mark, and choose one at random for a $20 gift card to Darkside Cinema. (So — and I don’t want to encourage this, but it’s a strategy that might work — if you just copied my predictions, your chances are decent that you would advance to the random drawing, unless somebody beats my mark. In a typical year, I might get 17 or so right. Last year, I went 18-5, but I stumbled to the finish line after starting 16-0; yes, it was just like Gonzaga in the NCAA men’s basketball tournament. Sorry, Bulldog fans; that probably wasn’t completely necessary.)

So here we go.

Director: Jane Campion, “The Power of the Dog.” Campion is the heavy favorite here. Oddly, this could be the only Oscar “Power of the Dog” wins despite its 12 nominations.

Actress: Jessica Chastain, “The Eyes of Tammy Faye.” At one time, this seemed like the most wide-open race of the night, but Chastain has emerged as the favorite. Still, there could be a surprise lurking here — maybe Penelope Cruz for “Parallel Mothers?”

Actor: Will Smith, “King Richard.” This seems almost like a lock.

Supporting actress: Ariana DeBose, “West Side Story.” This pretty much feels like a lock as well.

Supporting actor: Troy Kotsur, “CODA.” This really is a lock. Kotsur would be the first deaf man to win an Oscar.

Original screenplay: This might be the tightest race of the night. The consensus gives a slight edge to “Belfast” over “Licorice Pizza,” although “Don’t Look Up” lurks as a potential spoiler — and “The Worst Person in the World” could surprise as well. I’m going to give a slight edge to “Licorice Pizza.” I’m swayed by Kyle Buchanan’s argument in The New York Times that the failure of “Belfast” to win in the British Academy of Film and Television Arts ceremony — even though the film was a substantial hit over there — bodes poorly for its chances at the Oscars.

Adapted screenplay: “CODA,” which is adapted from the French film “La Famille Bélier,” has emerged as the favorite, but this will be a key race to watch: If “CODA” wins here, it’s a sign that it’s cruising to a best picture win. If “Power of the Dog” wins, all bets are off.

Animated feature: Three outstanding efforts are in this category — “Encanto,” “Flee” and “The Mitchells vs. the Machines” — but “Encanto” has emerged as the heavy favorite.

Documentary: “Summer of Soul” should prevail, although “Flee,” which made Oscar history with nominations for best documentary, best animated feature and best international film, has its proponents. (And you should watch both.)

International feature: “Drive My Car.” This one is almost a lock.

Score: Hans Zimmer’s score for “Dune” was such an essential part of the movie that it has the edge — and it’s my choice. But Jonny Greenwood’s score for “Power of the Dog” has its fans.

Song: James Bond themes have done well lately at the Oscars, even the lesser themes, and Billie Eilish’s “No Time to Die” is one of those. I give it a slight edge over “Dos Oruguitas” from “Encanto” (oddly, “We Don’t Talk About Bruno” was not nominated). But I wouldn’t be surprised to see Lin-Manuel Miranda complete his EGOT collection Sunday night.

Sound: “Dune” appears to have the advantage here, and it’s my choice, but “West Side Story” has its fans in this category. (Here’s a remarkably fun story from The New York Times about how the creative team behind “Dune” created its distinctive sound; it involves Rice Krispies. Really.) It’s a drag that this is one of the categories that’s been shunted out of the main ceremony.

Editing: “Dune.” Remember when this category went hand-in-hand with the eventual best picture winner? Those days are gone. “Dune” has the edge here, and is my pick, but you can make a case for any of the five nominees in this category.

Production design: “Dune” has the edge — and is my pick — but “Nightmare Alley,” which is all about design, could surprise here.

Costumes: “Cruella” appears to have a substantial edge here.

Visual effects: Although “Spider-Man: No Way Home” has its proponents — and many, many fans, as befits a movie with nearly $2 billion at the global box office, “Dune” is the favorite, and it’s my pick here.

Animated short: “Robin Robin,” the most family-friendly of the nominees, has the edge. Also, it’s from England’s fabulous Aardman Studios, and I believe that every time the Academy can give an Oscar to the creators of Wallace and Gromit, it should do so. (And I just learned a new Wallace and Gromit movie is coming in 2024, which is the best thing I’ve heard all day!)

Documentary short: Here’s one of those categories where you win or lose the Oscar pool. “The Queen of Basketball” appears to be leading the pack — and it’s my choice here — but you probably can build a case for any of the nominees.

Live-action short: “The Long Goodbye.” The Oscar in this category often goes to the film with a star in it — and “The Long Goodbye” features Riz Ahmed, from “Sound of Metal.” It’s the safe choice — and it’s my choice — but “The Dress” or “Please Hold” could surprise.

There you go. Now, figure out where I’m wrong, and enter my Oscar contest by clicking here. Deadline to enter is noon Pacific time on Sunday — I have to close the contest a little earlier than usual this year because they’re handing out those early Oscars before the televised show begins. That’s a terrible decision, by the way, and one I hope gets revoked in the future.

See you Sunday night! I’ll post my first reactions to the awards — and the show itself — no later than Monday.

END_OF_DOCUMENT_TOKEN_TO_BE_REPLACED 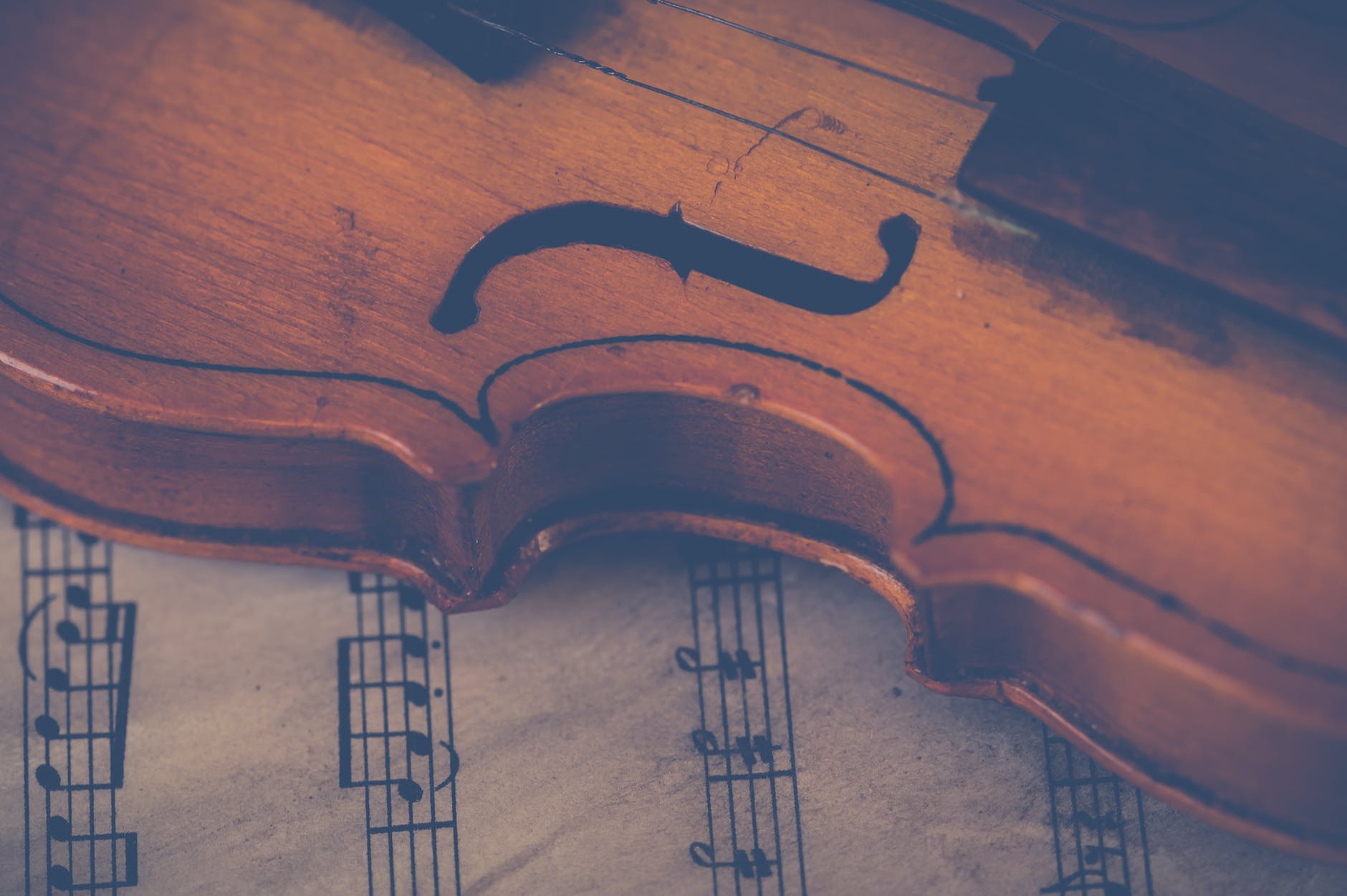